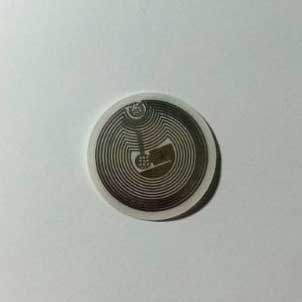 If you’ve purchased an Android phone in the last year, you probably have a featured called NFC that’s never used unless you’re using Google Wallet, with despite how convenient it is, it’s a seeming west coast and Japan phenomenon.  But you don’t have to fly west to use NFC, it’s also a rather versatile way to make your life a little easier and maybe even safer.

All you need is a pack of NFC tags (stickers and key fob, say) which are available online and cost around $1.50 each.  Each sticker is unique, and your phone can read them merely by touching them or even being within an inch of them.  (Almost any NFC tag will do, including TecTiles or other branded stickers.)

Put your NFC tag stickers them various places in your life where you want your phone to do something specific, you could create some really useful little time savers.  Say, a night table.  In your life, every night you turn on your alarm, turn down your ringer, put text messages on silent and turn the screen low, all told you spend 45 seconds.  If you put an NFC sticker next to your bed, you’d just tap your phone on the sticker and your phone can do all of those things in about a second.  That saves over three hours in a year.  Put an NFC sticker in your car that turns on bluetooth, turns off WIFI, starts playing your car tunes playlist (“Mashin’ on the Motorway”), turns up your ringer and opens the map with traffic turned on and you’ve saved yourself about a minute, leading to 4 hours of saving per year.  Keep going and you’ll be a regular Dan the Automator.

There’s some creative ways to use NFC for automation.

Automating place-based situations:
- Put a sticker next to your desk to turn off your ringer, turn on Wifi and open your calendar
- Put a sticker in your car that texts your family that you’ll be home in 15 minutes
- Sew a sticker in your laptop bag, that fires up tethering, plays tunes and quiets the phone
- On your book bag that turns on audio recording for class and silences the phone

Single-use smart ideas:
- Next to your oven to open your timer app
- Next to your dryer to create and start a timer for 45 minutes
- Next to the coffee pot that simply counts the amount of coffee you’ve had
- Sew a sticker on your carry-on that turns on and off airplane mode
- On the attic or basement stairs that opens your flashlight app

Safety and social uses:
- On your car dashboard that starts video recording in case of emergency
- On the door of your car that unlocks your Lockitron and turns off your house alarm
- In your lucky first date jacket that texts a friend to call if the date is going bad
- On your belt that sends a help text message and your location to your family
- In the unlikely event that you’d get robbed, have on your belt that locks all personal information on your phone and starts emailing its location every 5 minutes.

In a sense, NFC tags are akin to QR codes but a lot easier.  Even better, NFC tags are essentially a tiny memory stick and anyone can write to them.  Write a URL to a NFC sticker, write a note, keep a list, you name it.  NFC tags have as little as 64 bytes (43 characters) and as much as 4k, so you can’t write a novel, but you can place stickers:
- On your refrigerator and keep a grocery list that others can add their requests
- On your watering can and save the date you last watered
- Stick one to the back of a light switch plate and you can leave a daily secret message to your nerdly significant other
- Put the sticker up at the door of your office conference room and folks could tap and download the agenda as they walk in, or go to a link to check the room’s schedule

Some people stick a series of tags on the back of a binder, say, so they can run each task as necessary, evernote or task manager or calculator.  Want even more power? Stack things up using https://ifttt.com/ or any other task automation system, and you can rule a small part of the world.

Got more ideas? Put them in the comments below.