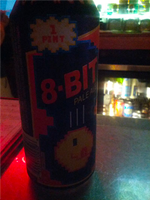 All the way from Manhattan... Kansas comes with out a doubt the greatest beer packaging I've ever seen. Just the other day, while our office sound system was playing the London Philharmonic's rendition of video game theme music, I was thinking about the massive impact these 8-bit video games have had on my generation. Forever seared into my frontal lobe is the Mario Bros. music (and apparently the ability to beat the first world with my eyes closed, no whistles needed.) It is fun to see my generation making an impact on the world.

Now, brewing a beer (that I have never seen in person) in the Midwest isn't the largest impact mind you, but none the less things from my childhood are appearing in the "real" world, and it is interesting. Now I'm just waiting for Limp Bizkit to play on the oldies station and I'm all set.

If you think this kind of thing is great hopefully you caught Google's April Fool's Day joke this year. 8-bit Google Maps. It transformed the entire world into a game of Zelda. 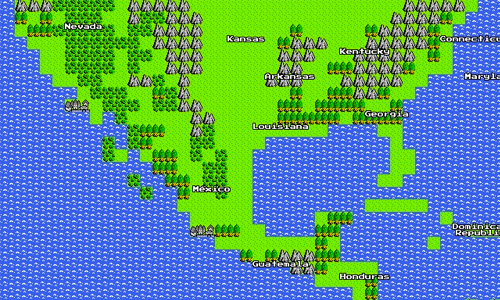 Anyway hopefully this beer is as tasty as it is cool. Head on over to Tallgrass Brewing's website if you want more info about this interesting beer. And keep on the lookout for nerdy 90s tech culture references. I want to find them all.